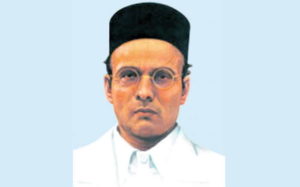 Swatantryaveer Vinayak Damodar Savarkar’s birth anniversary was celebrated on 28 May 2019. On this occasion Prime Minister Narendra Modi paid tributes to VD Savarkar and said that the nation will always remember sacrifices made by Veer Savarkar during the freedom struggle.