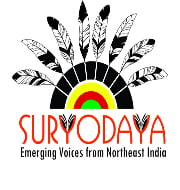 The 23rd edition of the New Delhi World Book Fair began at Pragati Maidan in New Delhi.
This year the theme of fair is Suryodaya: Emerging Voices from Northeast India. Singapore has been accorded the Guest of Honour Country status for this edition of fair while the Focus Country is South Korea.
The nine-day event has been organised by National Book Trust (NBT), an apex body of the under the Union Ministry of Human Resource Development. While, India Trade Promotion Organisation (ITPO) is the Co-organizer.
Over 1,500 exhibitors from all over India and 30 countries are participating in this year’s fair. Besides, the fair also hosting many literary and publishing conferences, emerging new voices in Indian writing as well as special programmes for children and youth.

The Delhi Book Fair is India’s oldest book fair organized at Pragati Maidan, New Delhi. First Delhi Book Fair Was held in March 1972 and was inaugurated by then President of India VV Giri,