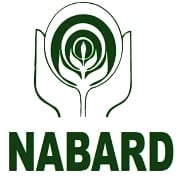 According to National Bank for Agriculture & Rural Development’s (NABARD) All India Rural Financial Inclusion Survey 2016-17, agriculture (farming) generates only 23% of rural income i.e. not even quarter of rural household incomes in India. Even for so-called agricultural households, just over 43% of their average income comes from cultivation of crops and rearing of animals. The reference period of survey was 2015-16.

It estimates that total number of rural households in India at 21.17 crore. Its definition of “rural” is broad, covering revenue villages and semi-urban centres with population of less than 50,000. Out of 21.17 crore rural households, 10.07 crore, or under 48% are agricultural. At least one member is self-employed in farming with annual value of produce at more than Rs 5,000. The remaining 11.10 crore households (around 52%) are non-agricultural.
The average net monthly income of Indian rural householdsafter deducting expenses incurred in course of economic activity was Rs 8,059. The highest share of this (Rs 3,504) was accounted for by wage labour (both farm and non-farm), followed by government or private service jobs (Rs 1,906).
The agriculture income i.e. income from crop cultivation and livestock rearing contributed only Rs 1,832. Within agricultural households, the share of average income from cultivation and livestock rearing was just over 43%. The balance 57% income was from non-agricultural sources.

It reinforces trend that has gathered momentum since start of this century of increasingly less ‘Krishi’ in ‘Bharat’.  It also reconfirms and magnifies earlier findings of National Sample Survey Office’s (NSSO) Situation Assessment Survey of Agricultural Households conducted for 2012-13. Though both surveys were having methodological differences, but they highlight same fact of rural India becoming less agricultural, both in terms of share of families engaged in farming and diversification of income sources even in their case.