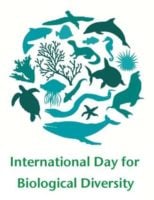 The International Day for Biological Diversity (IDB) was observed on 22 May 2019. The day is celebrated every year to increase understanding and awareness about biodiversity issues.

About International Day for Biological Diversity

It is a global network of local communities which was founded in 1989. It work towards preventing disappearance of local traditions, local food cultures and counteract the rise of fast food culture.