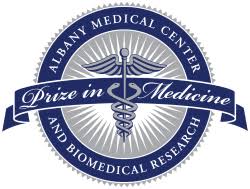 Three US scientists James Allison, Carl June and Steven Rosenberg were declared winners 2018 Albany Medical Center Prize in Medicine and Biomedical Research. They were awarded in recognition of their research in immunology and translation of their ideas into effective therapies that have led to innovative treatments for cancer, HIV and other diseases. They will share this $500,000 medical prize. They will receive the award at ceremony to be held in September 2018 in Albany, New York.

It is United States’ second highest value prize in medicine and biomedical research, awarded by the Albany Medical Center. It was established in 2000 by late Morris “Marty” Silverman to honor to any physician or scientists or group whose work have led to significant advances in fields of health care and scientific research with demonstrated translational benefits applied to improved patient care. It is awarded annually and carries monetary award of $500,000.