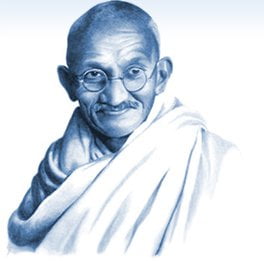 The International Day of Non-violence is being celebrated on 2 October throughout the world on the birth anniversary of Mahatma Gandhi.
Observance of this day seeks to promote the principles of non-violence through education and public awareness and is observed by all countries of the UN.
In India, this day is celebrated as Gandhi Jayanti to mark birth anniversary of Mahatma Gandhi who was leader of Indian independence movement and also pioneer of philosophy of non-violence.

About International day of Non-Violence