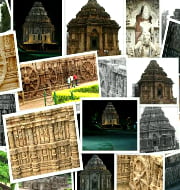 Every year World Heritage Day is being observed across the world on April 18. It is also known as International Day for Monuments and Sites.
Objective: To create consciousness to preserve and protect the precious assets and cultural heritage across the world. It marks the need of shielding the historical monuments and sites located in every part of the world by making joint efforts at international level.
2016 Theme: ‘The Heritage of Sport’. It was decided by the International Council for Monuments and Sites (ICOMOS) in the backdrop of Rio Olympics 2016 to be hosted in August 2016 in Rio de Janeiro, Brazil.
Background