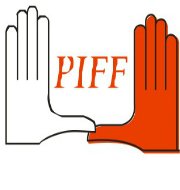 The 13th Pune International Film Festival (PIFF) will be held at Pune and Pimpri Chinchwad in Maharashtra from January 8 to 15. This edition of film festival will focus on the theme “War against War”.
It is jointly organised by the Maharashtra State Government and Pune Film Foundation. In this edition of festival around 350 will screened with of more than 200 films from 75 countries.
In this festival, films will be screened in 13 sections which include world competition, Marathi competition, international student competition, MTDC short film competition, country focus, retrospective, Indian Cinema, tribute, kaleidoscope, Films and documentaries from Films Division, global cinema, films restored by National Film Development Corporation, war against war and present Marathi Cinema.