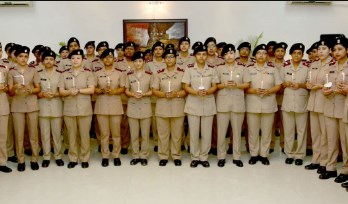 The 94th Raising Day of the Military Nursing Service (MNS) is being celebrated on 1 October 2019. On the occasion, nursing officers would re-dedicate themselves to render high quality, selfless nursing care to their patients by reading the Florence Nightingale Pledge, a modified version of the Hippocratic Oath.

To mark the day a function is also being organized at Army Hospital (Referral and Research) which would be attended by Chief of the Army Staff as a chief guest.

It came was founded on 28 March 1888 with the arrival of first batch of 10 qualified British Nurses in Bombay, to organize nursing in Military hospitals in India. Later in 1893, it was designated as Indian Army Nursing Service (IANS) and in 1902 as Queen Alexandra Military Nursing Service (QAMNS). Since the time of inception MNS has been a part and parcel of the country’s war efforts.

Enrolment into MNS: It is based on the selection which is done based on merit at all India level. The candidates are enrolled at 6 Colleges of Nursing for Basic BSc (N) from various health sciences universities and on successful completion of course they are granted Permanent or Short Service Commission (SSC) in Military Nursing Service in the rank of Lieutenant.

Mission of the MNS: ‘Excellence In Patient Care’ both in peace and war.

Nursing officers have served with–